Hans Dietrich Klaus was born in Hoheneibe (today: Urchlabi in the Czech Republic). After studying with Jost Michaels at the Musikhochschule in Detmold, he obtained his diploma as recording producer and passed his concert exam with honors. He was 1st clarinet of the Wuppertal Symphony Orchestra from 1978 to 1972, subsequently assuming the same position at the WDR’s Cologne Radio Symphony Orchestra. He was nominated in the „Bundesauswahl Konzerte Junger Künstler“ and won the Advancement Prize of the State of North-Rhine-Westphalia. In addition to his international concert activity as soloist and chamber music player, he has also made many radio and commercial recordings. Klaus has been a professor at the Hochschule für Musik in Detmold since 1985. 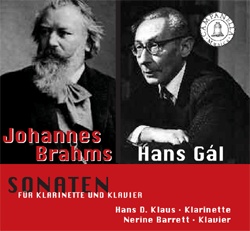