The Trio Viennarte was founded in the summer of 1996. Its debut concert took place in the series „Musica Iuventutis“ on the Vienna Konzerthaus and was enthusiastically received by both the public and the critics. After its appearance in the series „Podium of Youth“ in the Vienna Musikverein there followed concerts in Austria, Germany, Italy, France, the Czech Republic and Holland, as well as an extended concert tour in South America. Took part in the „Bonheur Musical“ festival (France). Chamber music master classes at the Sandor Vègh Academy with Menahem Pressler and members of the Alban Berg Quartet. The Trio Viennarte was a prize-winner in the Charles Hennen Concours“ International Chamber Music Competition (Netherlands) in 1997 and 1998, and a finalist in the ARD International Music Competition in Munich in 1998. First CD-recording with works by Beethoven and Brahms in 1990.

Born in 1973 in Vienna. First violin lessons with Alfred Staar at the age of six. From 1988 studied with Gerhard Schulz at the Hochschule für Darstellende Kunst in Vienna. Graduated with distinction in 1996. In 1985 first prize in the national „Jugend musiziert“ competition, further prizes in 1991 at Leoben and Vienna. Many appearances as a member of the Schulz Quartet in Austria as wellas Britain, France, Egypt and Turkey. Has taken part in chamber music concerts in Japan, Germany, Belgium with, among others, the Bartòk Quartet and the Salzburger Solisten. Appearances as a solost with the Vienna Chamber Orchestra and the Jeunesse Children’s Orchestra. Recital in the „Youth Forum“ series in the Vienna Musikverein.

Born 1974 in Vienna. Began studying the violoncello at the Vienna City Coservatory at the age of seven with Cecilie Ottensamer. Master classes with Boris Pergamenchikov and Janos Starker. Chamber music course with Menahem Pressler. Diploma with distinction in performance at the Vienna City Conservatory in 1995. 1999 Diploma at the Berlin Hochschule der Kuenste and currently continuing her studies towards the Concerto Examination with Wolfgang Boettcher. Several prizes at „Jugend musiziert“; 1994 scholarship from the Carl Flesch Academy in Baden-Baden. Since 1989 solo work at home and abroad with, among others, the Vienna Chamber Orchestra, the Vienna Jeunesse Orchestra and the Consrvatory Orchestra. Has taken part in „Musica Iuventutis“ and the „Young artists Forum“ in the Vienna Konzerthaus.

Born in Vienna in 1970. Began piano lessons at the age of four. From 1986 studied at the Vienna City Conservatory with, among others, Roland Batik, Julika Behar and David Lutz. 1994 State Examination in Instrumental Pedagogy. 1995 Diploma in Vocal Accompaniment and in Chamber Music. 1999 Concerto Diploma, all with distinction. Chamber music master classes in Oxford, Canada, with Janos Starker and Menahem Pressler. Currently studying with Julika Behar. Since 1991 active chamber music work with various ensemble in Europe, Japan, India Taiwan and Hong Kong. Many appearances in concerts in „Musica Iuventutis“ in the Vienna Konzerthaus and in the Vienna Musikverein. 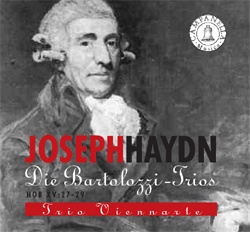